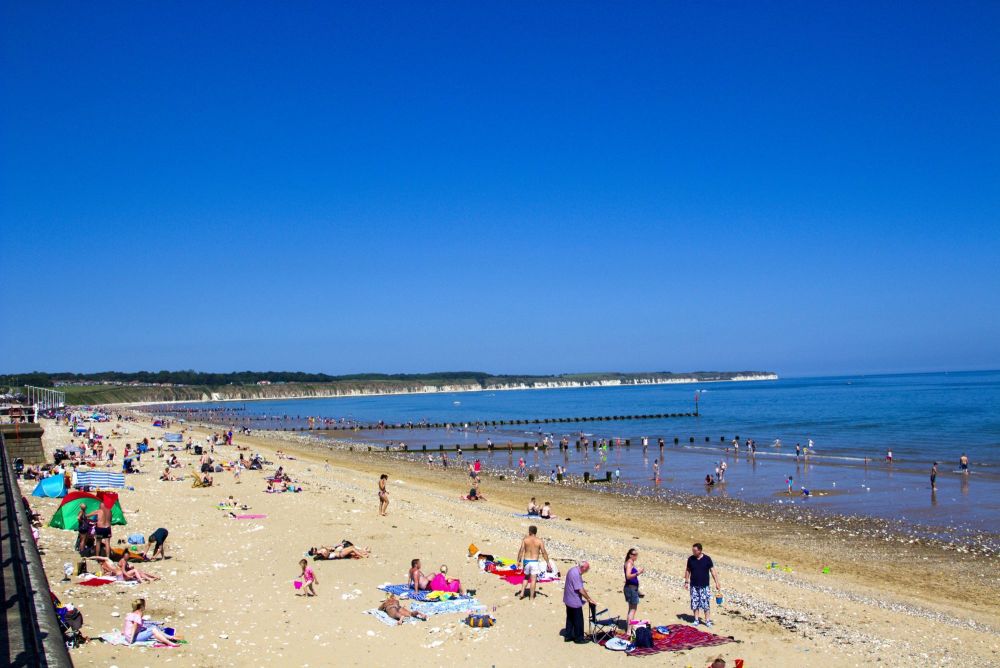 Beaches were full and ice cream freezers emptied across the UK today as the warm weather continues, but with many of us enjoying a break from the bitter winter cold, could this weather phenomenon have a more sinister underlying effect?

With temperatures reaching up to 20 degrees Celsius in London today, breaking the record for the hottest February day in Britain on record, and a town in Wales breaking the hottest day record two days in a row by reaching a staggering 20.3, it’s time to consider the potential impacts this may have for the remainder of the year and future years to come.

With hedgehogs mistaking the warmer weather for spring time (which doesn’t officially begin until March 20th) many wildlife experts are expressing a concern for whether they, and many other mammals, will be able to find adequate food to sustain themselves, especially as temperatures are due to drop again which may induce hibernation with inadequate energy storage.

Frogspawn have also been seen across the country, and with evening frost still being prominent, it is likely many of these will be lost to the cold night time weather.

Migrating birds have also been seen returning with the hot weather, birds such as swallows and house martins are returning to the UK early, and with food sources not yet available there is a significant concern for these birds’ chances of survival. These behavioural changes of mammals could be detrimental to species and individual numbers. The MET office is classing these February temperatures as an ‘extreme weather event’ and 27 councils across the country have declared a ‘climate emergency’.

Is Climate Change to Blame?

While climate change cannot be confirmed as the cause for these previously unseen temperatures until sufficient research can be carried out, previous data has shown that extreme weather events such as this are becoming ever more likely due to the increased CO2 and greenhouse gasses, with warnings that this may become the norm in decades to come as global temperatures continue to rise. December was also, on average, 2 degrees higher than in 2017.

How You Can Help

Caring for green pastures, removing litter from wildlife areas and providing hedgehog boxes, bird boxes and other wildlife protection could help ease the impact of the coming frost on the local wildlife, as well as donating to local wildlife charities to help with the increasing number of patients they are likely to see over the coming weeks.

Reducing your impact on the environment is a great long term way to help prevent events like this in the future, we’ve all heard about washing our clothes at cooler temperatures, reducing the amount of waste we create and using public transport or walking from place to place, but did you know that animal agriculture is one of the leading causes of climate change?

The animal agriculture industry creates more greenhouse gasses than the entire transport sector combined, that includes all trains, planes and cars. Cows produce huge amounts of methane, which has a global warming potential 86 times higher than that of CO2.

This is why veganism is coming to the forefront in recent years. It is the most impactful way that you can start to reduce your carbon footprint from day one. Not only are you saving over 300 animals each year, but consider how many less animals then need to be bred, fed and watered. You are helping to relieve the strain of animal agriculture across the globe.

If you’re interested in finding out more about how the animal agriculture industry effects the environment, check out our blog where we explore the impacts. You can also watch the Cowspiracy documentary on Netflix, which confronts the industry itself, providing shocking and eye opening statistics.

If you want more information about veganism, as well as help making the transition, have a look at Challenge 22+, you can signup and receive support, meal plans, vouchers and help  and advice for free.

Share all your latest vegan foodie makes with us by using #HBivore.