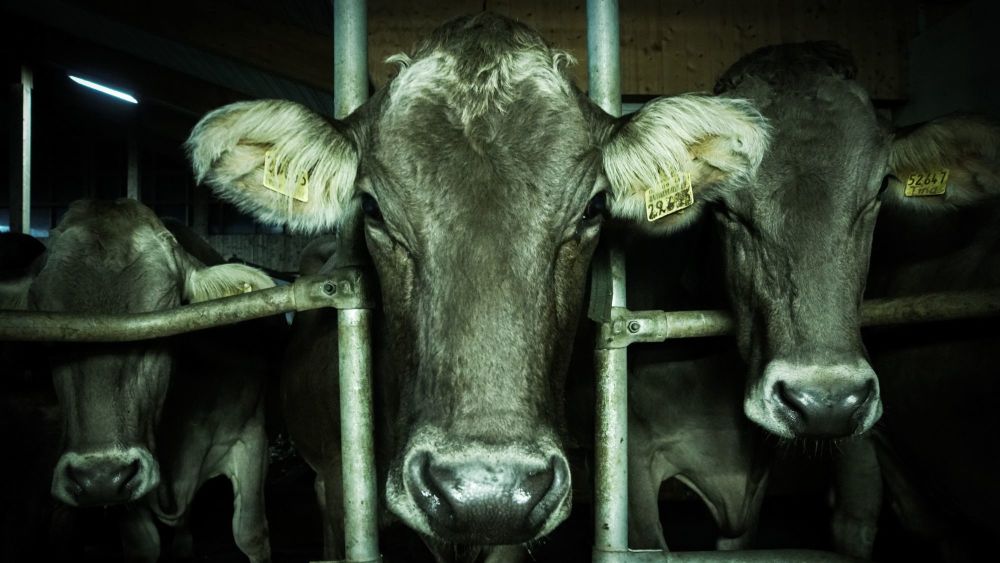 From all of us at Her-Bivore, welcome! You've made the first step in your vegan journey. Whether that ends at the end of this blog or continues for the rest of your life is up to you, but i'm here to provide you with all the information you need to make your own decision.

As the most well known reason for veganism; animal welfare is at the forefront of many vegan campaigns. I'm not surprised you've ended up here, many of us would never hurt an animal ourselves and even class ourselves as animal lovers. Therefore questioning the morality of paying someone else to do it for us is the next natural step in the process.

If you want a shock tactic, and have a strong stomach, click here to watch Dominion. I can promise you'll be vegan by the time it's finished, but I will give you a graphic warning. If you're wanting some written facts and statistics, that's what I'll cover in this blog.

Many slaughterhouse workers are paid based on the number of animals they kill, rather than an hourly basis, this causes many workers to rush, providing improper deaths to many animals.

Many of you have probably seen healthy looking cows in lushious green fields as you're driving through the countryside, but this is what the indistry wants you to see. It's no surprise that cows go for slaughter, it's something we all try not to think about as long as it's done humanely right? But what is a humane way of taking the life of a being that doesn't want to die. With 20% of British beef coming from intensively farmed cows who will never leave a barn until they're loaded onto a slaughter truck. You can't trust those supermarket posters of happy cows in a field titled 'We only use 100% British beef'.

The most common slaughter method for cattle is the stun method, where they are stunned using a stun gun and then have their throat slit. The two types of stun gun used are one which penetrates the skull, causing unconsciousness due to direct brain damage, or a non penetrative stun gun which impacts the brain without entering the skull. Many abattoir reports state that animals 'will not stand still' due to ineffective stun methods. The EU Scientific Veterinary Committee estimate that around 5 to 10% of cattle are not stunned effectively with the captive bolt - or up to 230,000 animals a year.

Dairy cows have an even worse deal than that of meat cattle, as all dairy cows end up as beef regardless. After 4 years of being artificially inseminated (the process of a farmer using his arm and tool to impregnate the cow while she is held in a machine referred to as a 'rape rack' in the industry) she is then sent to slaughter herself, as her body is exhausted from producing 10 times more milk than she naturally would. In order to produce milk, the dairy cow needs to be pregnant or have recently given birth. Calves are taken from their mother within 48 hours of birth, and females are fed formula in seperate cages until they can take their mothers place as a dairy cow, whereas males are seen as a byproduct of the industry and are slaughtered for veal.

Despite the myth of pigs being dirty creatures, they are actually highly intelligent, social creatures. Pigs are often kept indoors for their entire life, in such cramped conditions that they fight among themselves in order to try and have some space. If you've ever seen an agriculture based cruelty video on Facebook, chances are it'll have been of a pig. Pig's are often kicked and beaten in large commercial farms, simply because 'they can be'.

Even those pigs which live 'happy' lives on smaller family farms have the same fate as those from intensive farming when sent to the abattoir. Pigs are generally slaughtered at around 6 months old, despite having a natural age span of 10-15 years. Most pigs are electrically stunned and research has shown that the inaccurate placement of the electric tongs is a big problem within the industry. Research has shown that 36% of tong placements do not span the brain as required by law. 13.3% of pigs are stunned on the snout and jaws - a position which is not recommended because animals may fail to lose consciousness. Viva! estimates that in the UK, 125,000 pigs a year will not be stunned at all because of this.

We've all seen the horrific images from battery farms, so many people take pride in shopping from local farms or buying higher welfare meat. Unfortuntly the RSPCA approved space for a chicken is the size of an A4 piece of paper. The average Sunday dinner chicken will have more space in the oven than it did during its entire life.

An estimated 1.7 million birds die per year before they even reach the slaughterhouse. This is from heart failure, physical damage and even having their skulls crushed when the doors of transporters are closed. All birds are hung by their feet and lowered into a electric bath in order to stun them before their necks are run past a blade and their throat slit. Unfortunately for turkeys, their wings can hang lower than their head, causing painful pre-stun electric shocks. Any bird who lifts its head before as they enter the bath are supposed to then be decapitated by a slaughterhouse worker, but given the quantity of birds and the speed of the process, many continue to the blade fully concious.

Any bird who regains conciousness (which can take as little as 22 seconds for egg hens) before they die (which can take up to 5 minutes from the point of the blade) will then be entered into the scoulding tank alive.

All egg laying hens will only generally be kept on a farm for 1 year after they start laying eggs, after this they are considered 'spent' and sent for slaughter. In the wild, hens would generally only lay 10-15 eggs per year as it is so labouring and requires so much energy.

Sheep can suffer from a great deal of illness and an estimated 15% of lambs will die from one of these before they reach slaughter age. Tail docking of lambs is perfomed to make shearing and handling easier, and often happens without any anaesthetic.

Sheep suffer from a wide range of diseases such as lameness, mastitis, foot and mouth disease and copper poisoning. Pneumonia and hypothermia, from harsh weather conditions, are prevalent in sheep in the winter. Indoor housing has increased disease problems with infectious diseases accounting for 60% of lamb deaths.

Wool shearing is often done based on the number of sheep, rather than an hourly rate, therefore it is more financially beneficial for shearers to work as quickly as possible, often causing them to be impatient and frustrated with any sheep that won't cooperate as well as leading to common shearing accidents.

Now that you've got some of the main facts, I hope this is enough to convince you to try vegnaism. If it isn't, scroll back up to the top and watch Dominion. If you need any help with your transition to a vegan lifestyle, don't hesitate to get in touch! Make sure you sign up for Challenge 22+ and check out all our recipes too!