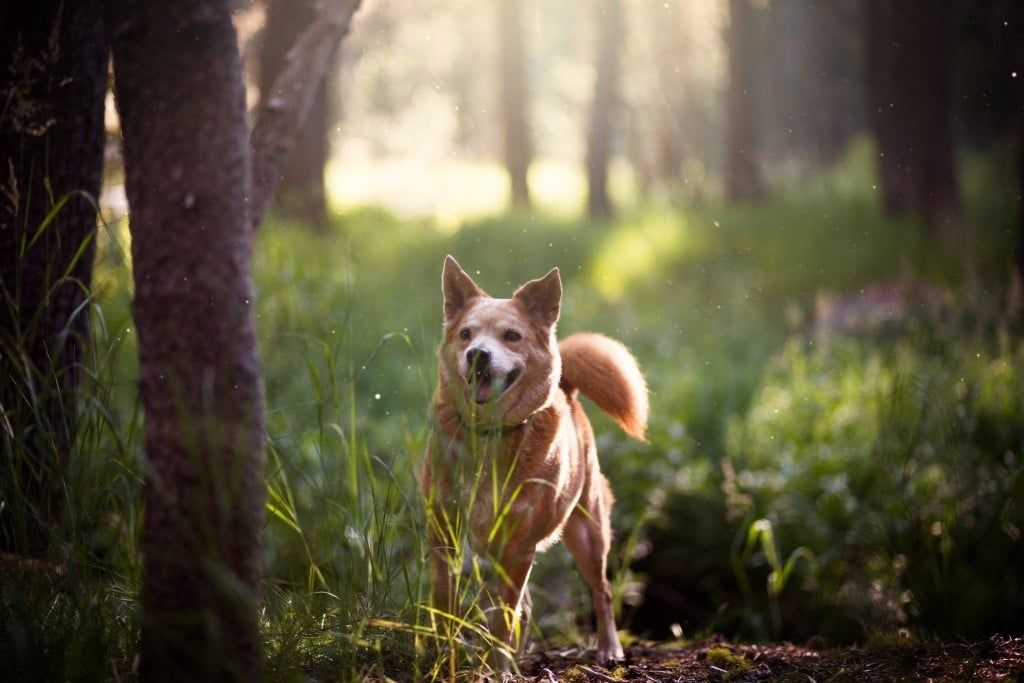 Can my pet live on a vegan diet?

Many people assume that their pets are not able to live off a purely plant-based diet. A dog living on tofu? The idea does sound a little alien but can your pet live on a vegan diet? In some cases yes.

Here is an article posted by national geographic:

Can Dogs and Cats Be Vegan? Science Weighs In.

Treats and kibble made with fungus offer high protein from plant-based foods, but not all pets may be able to make the switch.

Quick, name one thing soy sauce, miso, and sake all have in common. If you said, They’re delicious, you’re not wrong. But the real answer is koji.

The common name of the fungus Aspergillus oryzae, koji is a microorganism at the heart of many traditional Asian flavours and foods. It’s also the key ingredient in a new kind of pet food announced today that its creator hopes could change the future of how animal feeds are produced.

Koji is normally cultured directly on grains like rice, which supply the starches the fungus needs to proliferate. Wild Earth co-founder Ryan Bethencourt says they put the koji straight into a beet sugar-based solution. After extraction, they press it like tofu, then slice and bake it into a final product that’s like a cheese cracker in taste and flavour.

The end goal, says Bethencourt, is to create an environmentally friendly, high-quality food for pets that’s vegan and tasty. The company plans to release their first product—a pet treat—by June, with a kibble-based food available later in 2018.

Though it’s not the first commercial vegan pet food on the market, their new koji-based product would no doubt appeal to the masses of humans who have already adopted a meat-free lifestyle: The overall market for plant-based foods that directly replace meat is already valued at $4.9 billion, and a recent analysis indicates that sales grew by 8.1 percent in 2017. (Find out how a tick bite could make you allergic to meat.)

The idea to use koji as a way to enter the plant-based pet food sector came from company co-founder Ron Shigeta, a third-generation Japanese-American and serial koji grower.

“Ron always has these kojis he’s growing everywhere, and we started to think: Could we use koji as the primary protein product rather than something just to add flavour?” Bethencourt says.

An analysis of their early koji solids showed that they were around 50 percent protein; a steak, by comparison, is around 30 percent. For fat, fibre, and other nutrients, the company plans to mix in vegetables such as pumpkin, sweet potato, buckwheat, and potato flour.

Even if koji is a quality source of protein, is it right for both dogs and cats?

Despite the growing desire by Americans to provide their pets with high quality, high protein food, no official definition exists for “high protein” for animal feeds. So veterinary nutritionist Amy Farcas follows a few rule-of-thumb guidelines: For dogs, a low-protein diet consists of 10 to 15 percent of daily calories from protein, while a typical diet is anywhere from 20 to 35 percent. Anything above 35 percent could be considered a high-protein diet.

“It’s a little arbitrary,” Farcas says. “For healthy dogs, there’s no upper limit of protein intake, meaning that as long as they also meet their dietary fat requirements, dogs can do well on a high-protein diet.”

“It would be interesting to see if there are any studies done to look at health and life expectancy with various diets,” Ruiter says. “What are the overall health impacts of a vegan diet for dogs?”

Bethencourt says his company hopes to help answer that question. “It’s something we don’t have data for right now, but as you’ve seen with vegan athletes, we think that a non-meat diet will be beneficial to the animals as well, perhaps surprisingly so.”

As for fungus in Fluffy’s future, koji alone isn’t quite right for cats: as obligate carnivores, they need to eat meat to get nutrients like taurine and arachidonic acid. But “cats certainly can tolerate a certain amount of plant material in their diet, though they do have higher requirements for protein or fat than dogs or humans,” Farcas adds.

Bethencourt says his company is in the process of developing a lab-grown, meat-based cat food—made of cultured mouse cells. (Scientists have also been able to grow milk in a lab—here’s how.)

You can read the rest of the article here

So can my pet live on a vegan diet?

The answer is yes! If you have a dog. Cats are obligate carnivores, meaning that they can only survive off a meat-based diet. That is how they have naturally evolved. A tiger has no interest in a kale salad, he has claws and fangs that are specifically adapted to feed his diet. Dogs have always been omnivores. They can eat meat but wolves would often forage for food. Whether that was plant-based or otherwise and they have adapted to that lifestyle. So go crazy! Just don't be feeding them any of Amy's Choccy Cookie Dough Bites!

Which begs the question... What lifestyle are we adapted to? We're herbivores! Have you ever heard of a monkey tearing into a fresh carcass? Take a look at your hands... do you have claws? Nail extensions don't count. What about fangs? Your incisors are adapted to piercing the skin of fruits. Take a look at this video. This guy explains everything so perfectly that it's impossible for anyone to argue otherwise

Just a little more ammunition for your vegan outbursts...

What about your diet?

If your diet is something you are concerned about, you should check out some of our other advice. We have advised on Vitamin B12, Calcium, the benefits of chia seeds and more!